Friday 16 November 2018 saw our 1st anniversary party take place at KLD HQ. In a year that saw KLD win at the Restaurant and Bar Awards for The Pot Bellied Pig, The Vaults Parlour win at the Fit Out Awards and Róisín Lafferty win Interior Designer of the Year at the Image Interiors and Living Design Awards, there has never been a better or more unique year to celebrate KLD and its creative successes.

The theme of the party was Essence of Creativity and saw new and original work from artists John Redmond, Jill and Gill and Al Higgins displayed in our design studio along with a KLD video installation in an adjoining room, which involved all the KLD staff. We are huge fans of their work, we have included their art in many of our designs and we were so happy when they said yes to being part of our evening celebrating creativity. We wanted to throw an epic party to suit such remarkable, talented and brilliant artists. 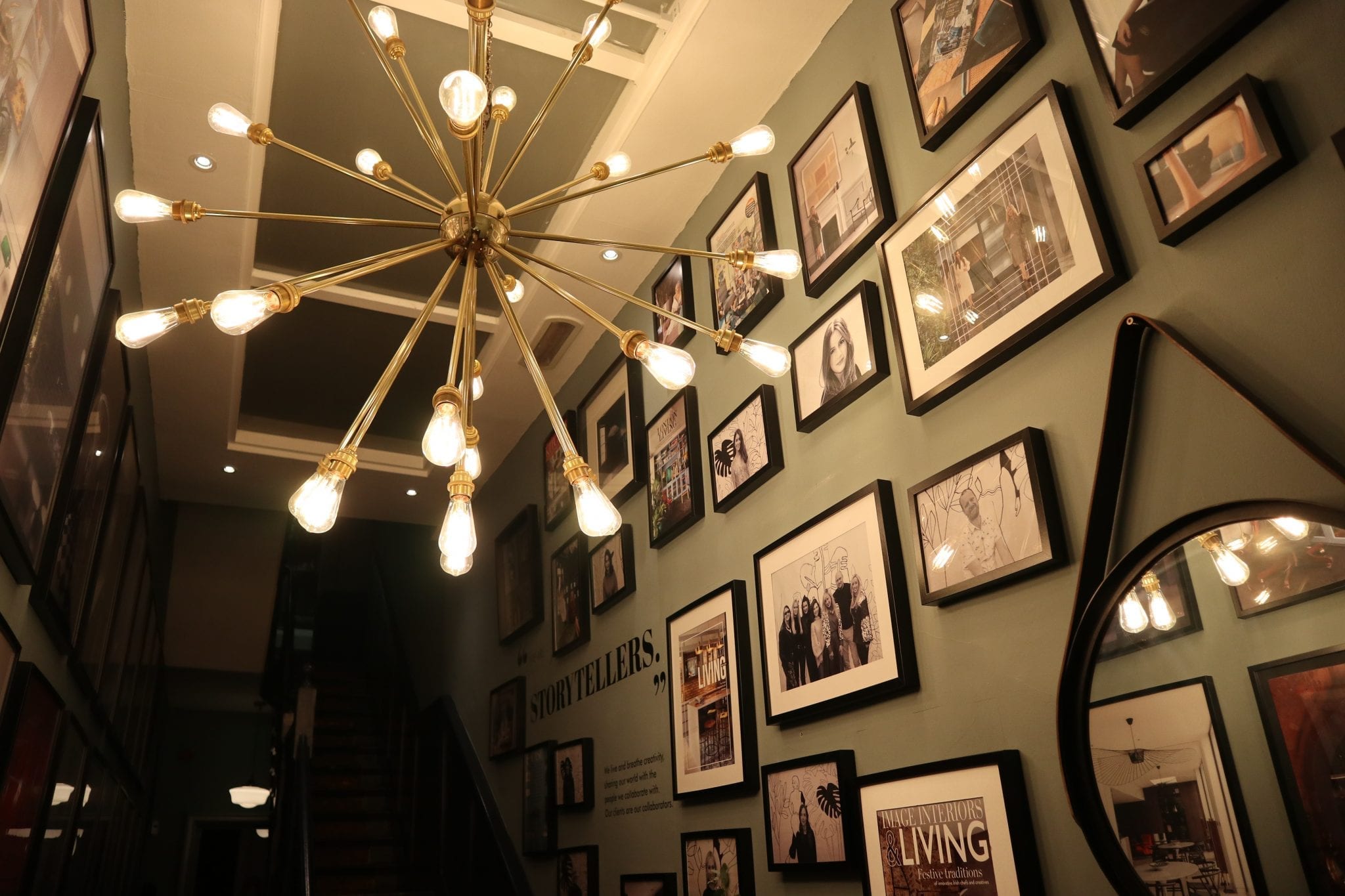 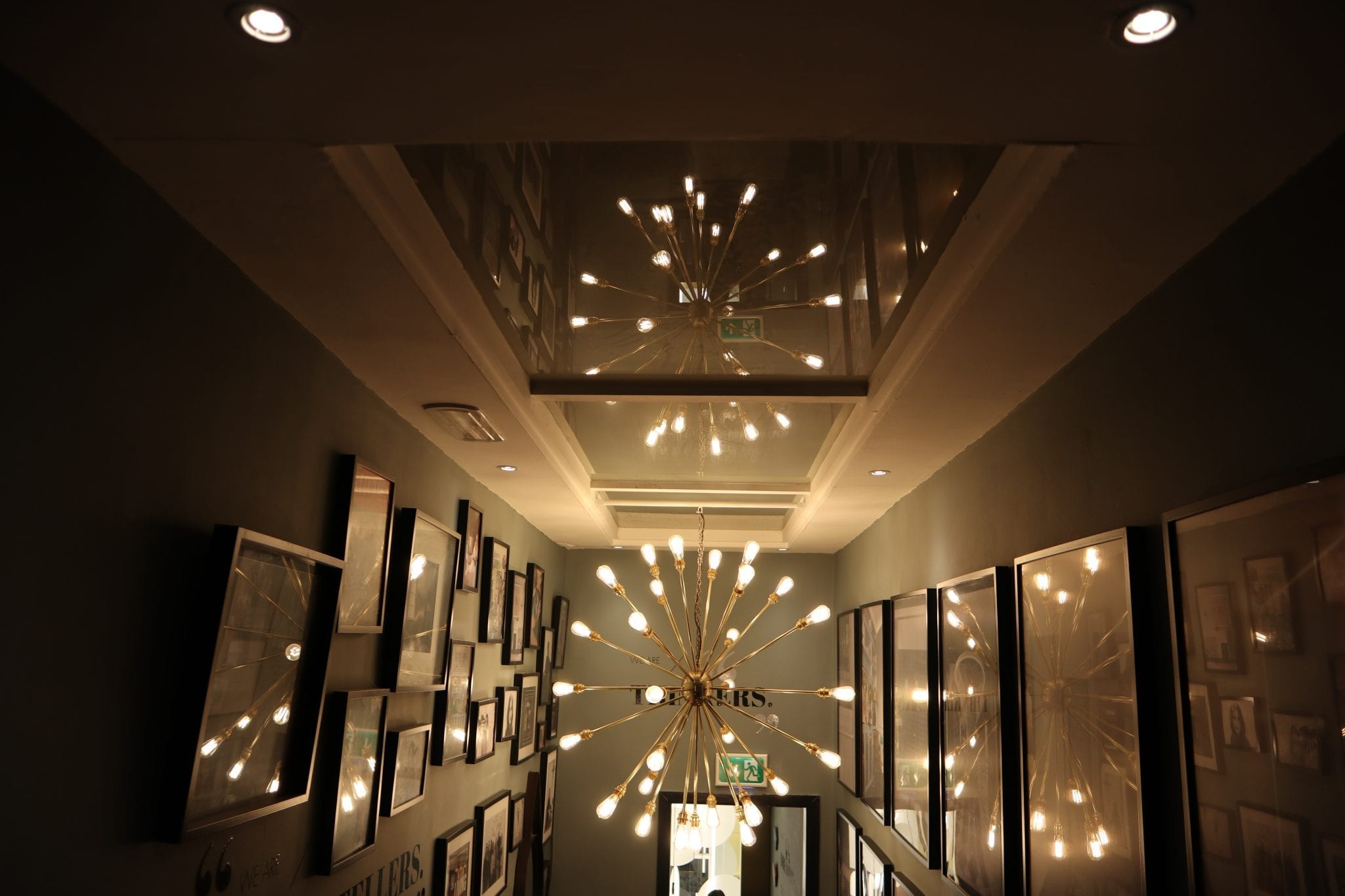 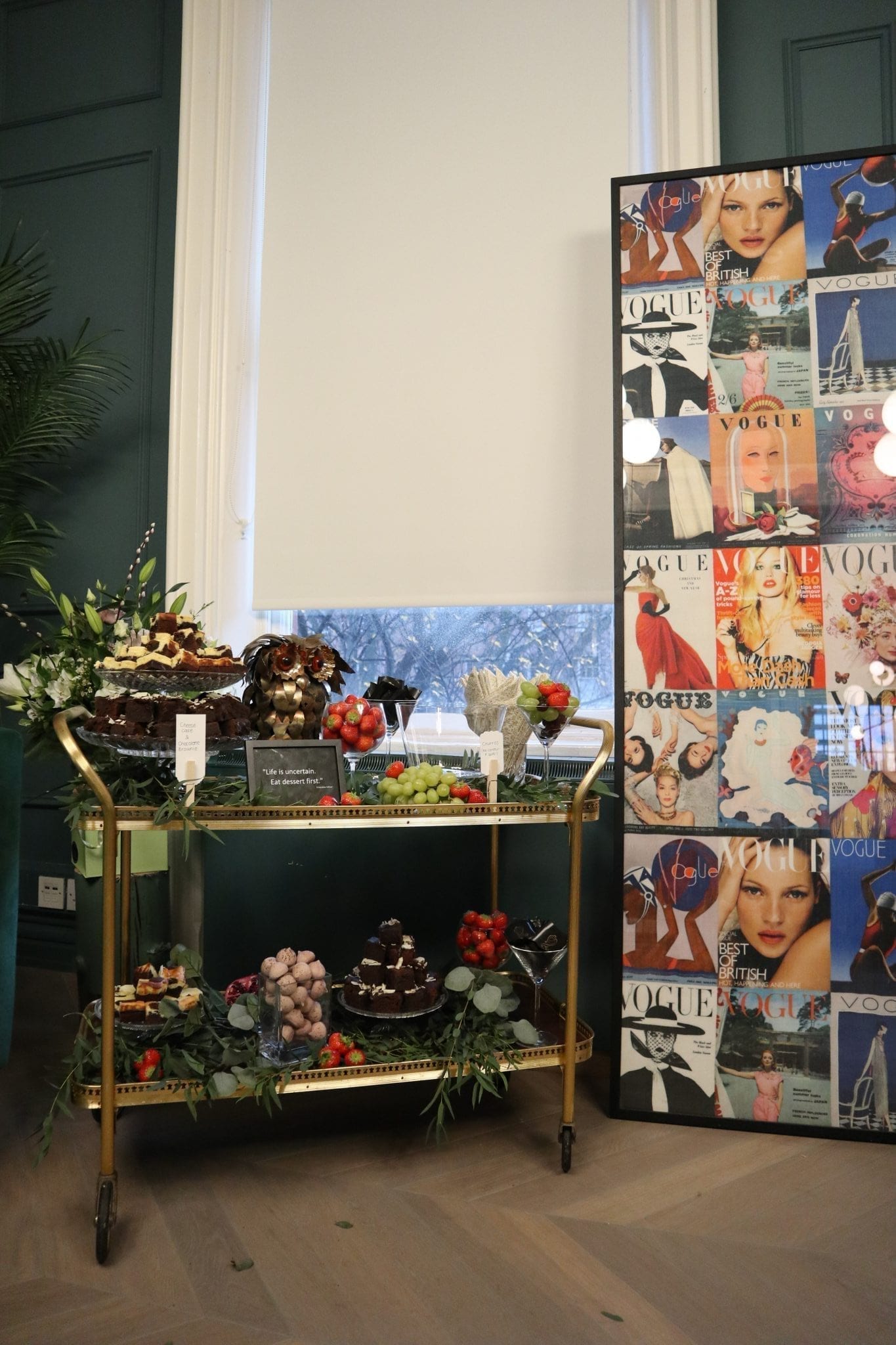 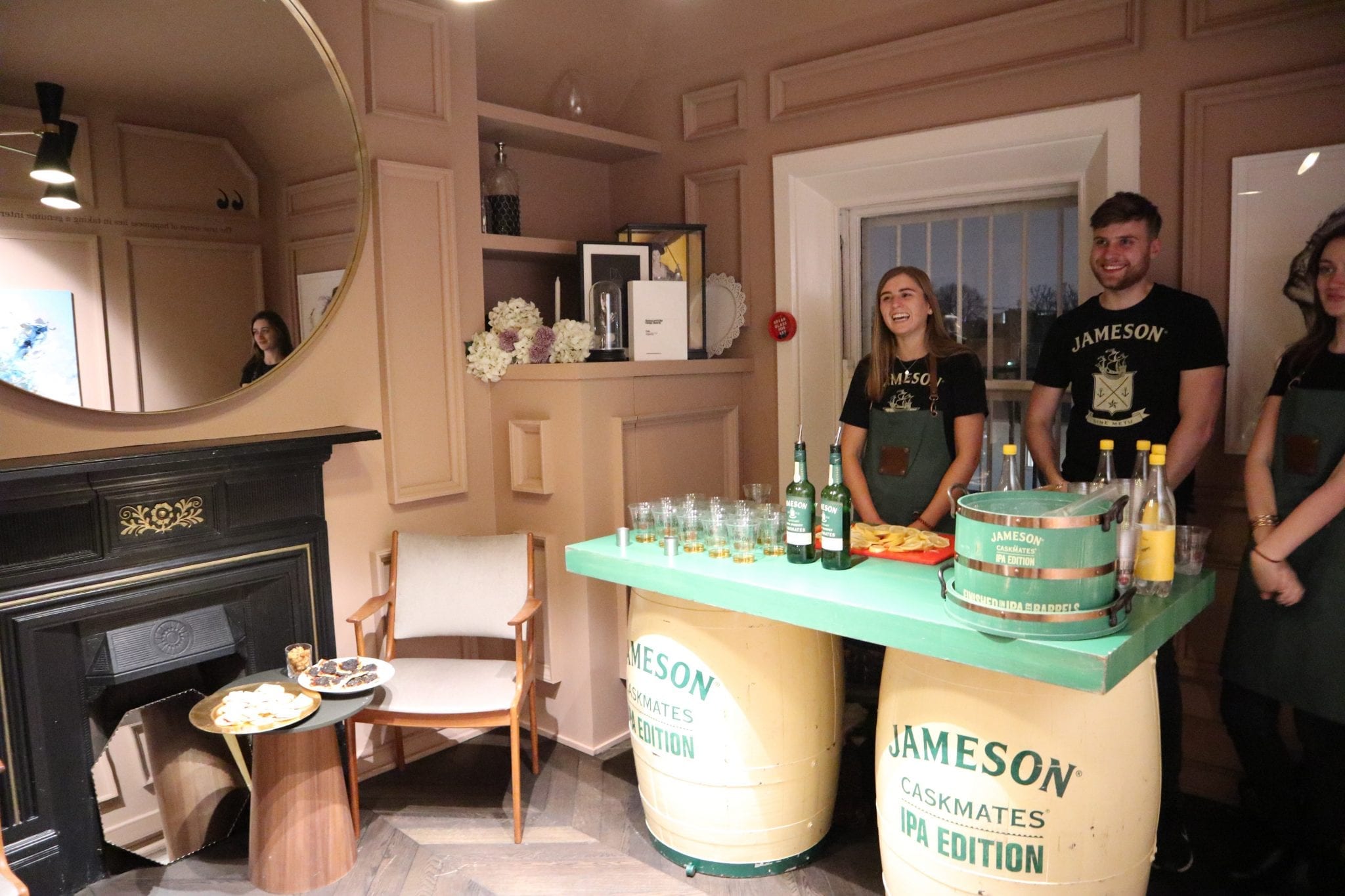 The Art of the Party

On the second floor of the offices, we transformed our design studio into an art studio, and on the walls hung beautiful new work by John, Jill and Gill and Al. We think you’ll agree the work is excellent and we were incredibly privileged to hang it on our walls at KLD HQ albeit for a short time.

The fine art screen prints by Jill and Gill are based on the Ordnance Army Corps. The visual subject matter is based on the protection of the Irish bomb disposal team, their routine drills, the teamwork and uniform they wear. We were also honoured on the night to have the subject of the prints arrive in his army uniform, along with his family.

Al Higgin’s photos are part of a larger body of work in progress. Bay is a series of images depicting the socioeconomic and geographic diversity in the areas surrounding the Chesapeake Bay watershed. Located in the mid-Atlantic region of the United States, The Chesapeake Bay is a vital centre of industry, recreation, tourism and agriculture – each relying on the next, whilst competing for the future of the bay, highlighting the political nuances and insecurity often faced by those who rely on the bay for their livelihood.

John’s work is immediately identifiable and is as beautiful as any creations he has made before. We are loathe to let them go.

In the adjoining room we had a video installation with four projections on the walls and floor. We captured team KLD’s eyes, heads and feet/legs in slow motion, put them all together and set it to music by German techno outfit Apparat. A sample of which you can see below.

We also had some very special guests at the party:

We wanted to create a magical wonderland to reflect our own creative impulses. Alice in Wonderland was certainly an inspiration as we invited people into our world of pure imagination. At the entrance guests walked through a book into a maze of Christmas trees which populated our car park and continued into the marquee, where people were served beautiful plum and ginger cider from a champagne flute as an aperitif on entry.

Guests were greeted at the in the marquee by the beautiful voice of Suzanne Carla who jazzed up our lives with soulful and intense songs and lyrics, mesmerising passers-by and those who remained to savour her show. Taking the form of a singer in a music box, Suzy was wound up by a giant magic key so that she would sing again and again. A taste of things to come.

Into the building and on the first floor, which is usually the meeting room, we had a Hendricks and Fever Tree Bar. This room also housed the band Ivy Bloom, who played fantastic, beautiful and haunting tunes throughout the night. This was the focal point of the party, and where Jill from Jill and Gill would later in the night rock the dj, filling the floor with the best of tunes.

Finally, on the top floor in what is usually directors Róisín and Becky’s office was a traditional Irish pub of sorts. A Jameson bar provided the refreshments while trad musicians from the west of Ireland provided the music throughout the evening.

KLD HQ truly looked magical that night. Check out this hyperlapse video of the party as it was kicking off.

It was a truly mesmerising occasion. Thanks to all who helped make it happen. John Redmond, Al Higgins, Jill and Gill, Anna Devine, Sarah Hollingsworth, Oisín Breathnach, Chris Redmond and Gill Carr of Ivy Bloom. Thanks also to singer Suzanne Carla and the musicians Joe Junker, Liam King, Lorcan Brady who blew us away with their music and ornamentation. Thanks too  go to Patricia Lafferty and Bernie Russell and  for their unwavering support and love every day of the year.

Thanks also to Jameson, Hendricks Gin, Wicklow Brewery, MacIvors Cider, Kavanagh’s Christmas trees, Mark Doyle, Moore O’Gorman and everyone who made the night happen. It was a tremendous effort and we couldn’t be happier with how it all went.