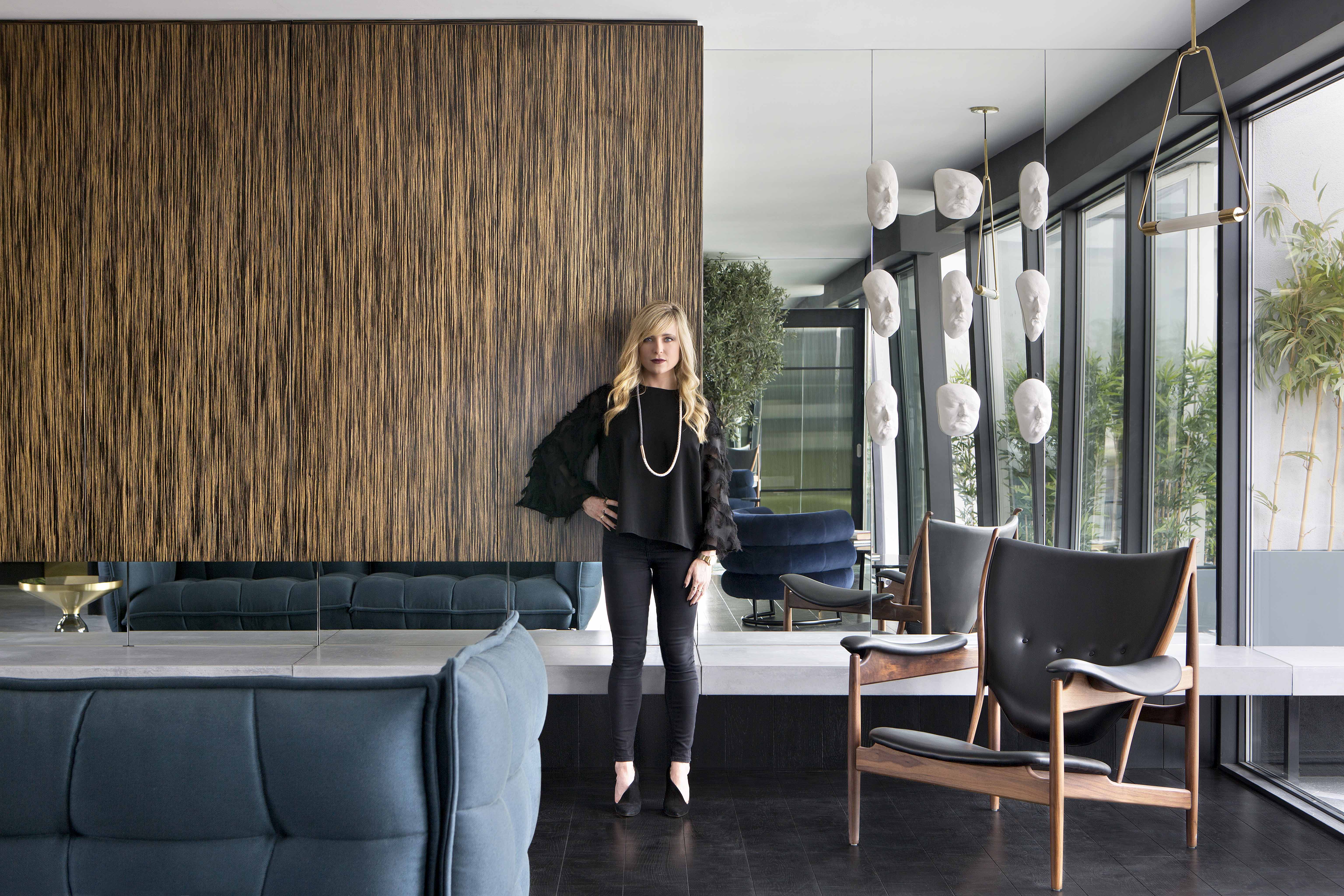 Róisín Lafferty says her business was started almost by accident. “During the recession, at the time I graduated, the first-class degree and master’s weren’t enough to get the job I wanted. I suppose you could say I started a business out of necessity.”

Since being established in 2010, Lafferty’s business has proved a successful one but it is her recent decision to concentrate almost entirely on the commercial sector which has seen her business grow.

Last year Lafferty made a decision to target growth in the commercial interiors sector in order to increase turnover and profitability at her company, a decision that has also resulted in her taking on two new members of staff, bringing total staff numbers at Kingston Lafferty Design (KLD) to nine.

Róisín Lafferty: her decision to target growth in the commercial interiors sector has resulted in her taking on two new members of staff, bringing total staff numbers at KLD to nine.

The company has switched its business mix so that about 70 per cent relates to commercial clients and just 30 per cent residential projects and is looking to see that deliver a 50 per cent increase in turnover.

It has worked on projects with Iconic Offices, Ballymore, Cairn Homes, Homeland Developments and Hollybrook Developments as well as brands in the beauty and health space such as Urbana, Therapie and Optilase.

“We are working with numerous companies including Pot Bellied Pig, Abbey Capital HQ and three exciting bars and restaurants in Dublin city centre at the moment,” says Lafferty who opened her new four-storey headquarters just off Baggot Street in the capital last November.

Over the past four years, Lafferty’s all-woman team has grown and developed substantially – with two more recruits joining last year. “I have always been uncompromising on design integrity and international design standard. This has proved to be both a positive and a negative along the way,” she says. “As we’ve taken on bigger and better jobs and as the demand rose, the team needed to grow with it.”

KLD was established in 2010 after Lafferty and Susanna Kingston completed master’s degrees in product design at London’s Kingston University.

“It was the height of the recession in Ireland and all of the main interiors practices were closing down, or downsizing, so there were limited options,” says Lafferty of the early days of the business. The women had returned to Ireland to gain experience as their qualifications were not sufficient to gain positions in leading design firms in the UK.

“Three months quickly turned into three years after we took on a very large residential project. We set up KLD as a partnership initially and I learned more in those three years about implementing design than in six years of education. To say we dived in the deep end is an understatement.”

In 2013, Kingston moved back to London and Lafferty decided to develop the business on her own.

“We changed the business to a limited company prior to Susanna leaving. I was then on my own at the beginning, juggling numerous sites, sleepless nights and a lot of pressure. That is when Becky Russell (now my associate director) started working with me part-time and the start of team KLD began,” says the designer.

Coming from a background in design education, Lafferty had no formal business training and admits to being “out of her depth and extremely naive. The benefit of diving in at the deep end meant that I learned many more lessons at a much quicker speed than I would have if I had worked for someone else. I also had to develop a thicker skin,” she says.

“As the business has grown, there have been many challenges, mainly the business structures and practices that I did not learn elsewhere. In a way, it means that I take a unique approach to challenges, rather than the ‘correct’ or ‘right’ approach. Nothing about how we work in KLD is standard, but creating structure and a framework for growth has been crucial as we move forward,” she says.

Róisín Lafferty of KLD: The company’s new office ‘showcases the uniqueness and creativity of the KLD experience and delivers something completely new to the competitive marketplace for our clients in the commercial space’.

Three years ago, Lafferty applied for the Going for Growth programme and was selected by Paypal’s Louise Phelan. “Going for Growth provided a crash course in business education from tax seminars with KPMG to brand developments, KPIs, business plans and in-depth HR and recruitment advice.

“Louise is a true inspiration to me and her continued success in the international business world is extraordinary,” says Lafferty.

The future looks bright for the company, she says, particularly in light of her newly opened four-storey headquarters and showrooms.

“With no funding from the beginning of the business, this is a positive leap for the company and one with a huge amount of hard work, late nights and dedication behind it,” she says. “The space, launched in November last year, showcases the uniqueness and creativity of the KLD experience and delivers something completely new to the competitive marketplace for our clients in the commercial space.”